Could you find your way out of a smoke-filled house at night? 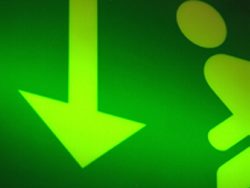 Avon Fire & Rescue Service (AF&RS) is highlighting the importance of working smoke alarms and planning an escape route through a short film.

The service has produced a video highlighting the difference a working smoke alarm can have, especially at night.

The film shows how difficult it could be to escape from a house filling with smoke and why the early warning provided by a working smoke alarm can make all the difference.

AF&RS Group Manager Matt Peskett said: “We wanted to highlight this message to people as many often take it for granted that they will be able to get out of the house in the event of a fire.

“But without a working smoke alarm, you wake up to find your house in total darkness and filled with intoxicating thick black smoke. On television, scenes involving fire often show people being able to see through smoke, but in reality the situation is very different.

“That’s what we want families to think about as we remind them to fit a working smoke alarm on every level of their home. Smoke alarms activate at the first sign of a fire and alert occupants, giving them time to escape. We advise people to check the batteries at least once a week.

“We would also encourage people to plan and practice an escape plan so that in the event of a fire everyone in the house knows what to do. This should include knowing where all the door and window keys are kept, keeping escape routes clear and keeping a telephone nearby to use to call 999.”

To view the film visit https://www.youtube.com/watch?v=QG-jR1YnY1s&list=UUWiPfMExCcxtiwoQaG49Kfw

What to do if there is a fire