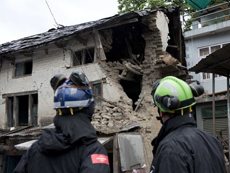 An Avon Fire & Rescue Service (AF&RS) Watch Manager, who recently returned from a search and rescue mission to Nepal, is hoping members of the public will support a charity event to raise funds.

Paul Incledon, who is based in the AF&RS Operational Training Team, is also a member of the Bristol-based charity Search and Rescue Assistance in Disasters (SARAID).

He was deployed to Nepal to assist with the search of collapsed buildings following the first earthquake on Saturday 25 April.

Paul said: “On arrival at Kathmandu we found that the arrivals hall was almost empty, as you would expect for the middle of night (0200hrs), but the departures area was chaotic with people trying get flights out.

“The SARAID team joined forces with the German-based @Fire team. We were primarily working in Kathmandu. We were given Sector J to the north east of the city where we were searching buildings with dogs and cameras. We had two structural engineers with us to determine the safety of the buildings but sadly we found no one in need of rescue.

“It was my first deployment as a section leader and every deployment has its difficulties. The biggest challenge was getting enough teams and resources into Kathmandu as it is quite mountainous and many of the roads were destroyed in the earthquake.”

The SARAID team were in Nepal for a week where they were involved in reconnaissance work and assessing collapsed buildings, disaster management and co-ordination, needs assessments of survivors, structural integrity reports on buildings remaining standing and final searches of sites to locate and recover bodies.

Paul said: “Our engineers also assessed six homes, belonging to UNICEF staff, for structural integrity. One was found to need structural work, but the rest were deemed safe for the staff to return to.

“What struck me most was how the Nepalese people are amazingly resilient and cheerful, despite the disaster. Everyone we met greeted us with a warm smile and asked how they could help us, even though it was us coming to offer help to them.”

On Saturday 16 May firefighters from AF&RS will climb the height of Mount Everest using a ladder at Cabot Circus.

The challenge, which starts at 11.00hrs, will see the group climbing the ladder to re-create the 58,000 feet of the earth’s highest mountain. In total 1,006 ascents of the ladder will need to be made.

Shoppers will be invited to make a donation andall the money raised will be donated to the SARAID charity. SARAID is funded entirely through public donations. To support the team visit http://campaign.justgiving.com/charity/SARAID/NepalEarthquake 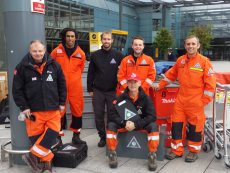 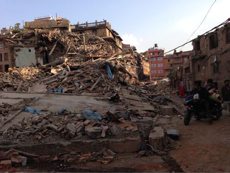 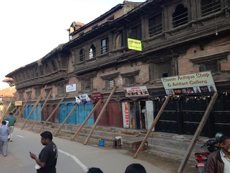 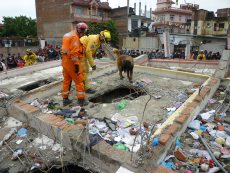 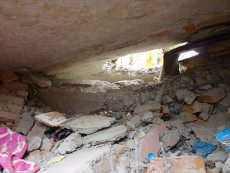 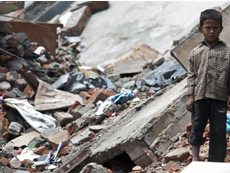