Tick Tock Test! Check your smoke alarm when you change your clocks this weekend 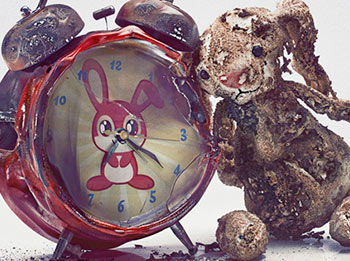 Firefighters are reminding people to check the batteries in their smoke alarms when they change their clocks back for winter.

British Summer Time ends on Sunday 27 October with the clocks being put back one hour. The changing of clocks can provide households with a timely reminder to fit smoke alarms or check the batteries in their existing alarms.

Between April 2012 and March 2013 AF&RS attended 21 fires where smoke alarms were fitted, but the batteries were either missing or not working.

AF&RS Station Manager for Community Safety, John Rides, said: “Statistics show you are four times more likely to die in a house fire if you don’t have a working smoke alarm.

“The 21 fires we attended last year where the batteries were missing or not working could have resulted in 21 lives being lost.

“We would encourage everyone to check their smoke alarms regularly as part of their weekly cleaning routine. It’s one of the jobs that often gets forgotten but it just takes a minute and it could save your life.

“While you are going around the house changing clocks, please just take a minute to test your smoke alarms at the same time.”

Smoke alarms provide a warning that fire has broken out and could give occupants of a house vital extra minutes to escape, especially at night.

Just two or three breaths of toxic smoke from a fire can cause a person to lose consciousness.